Joining a triathlon team in college is a great option — whether you’re a current student looking to get more involved in triathlons during the year (or get started in the sport) or a high school student starting to look at schools. Not only are the collegiate triathlon races fun (you get to compete against other schools in your region/conference), but it’s also a great way to get involved in the sport at a different level.

Triathlon is currently an NCAA Emerging Sport for women, and it’s current “club sport” designation allows teams to compete within ten large conferences. I am a Co-Captain of the Harvard Triathlon Team, and we compete in the Northeast Collegiate Conference (along with teams like West Point, Yale, and many others). There are nine other regions, all of which come together to compete at the USAT Collegiate National Championship in (this year it was held in Arizona).

Some fun parts about collegiate triathlon are the flexibility and the friendships formed. Depending on your school’s setup, you may have a professional coach or a student-run program (and may be able to be a member of the team if you are a varsity athlete on a different team — depending on the schedule).

For a complete list of collegiate triathlon clubs, go here.

Stay tuned throughout the summer and fall for more information and features on collegiate triathlon! Below are some pictures from my first race with the Harvard Triathlon Team in May — the New England Season Opener.

At the NE Season Opener in May!

Team dinner night before the race 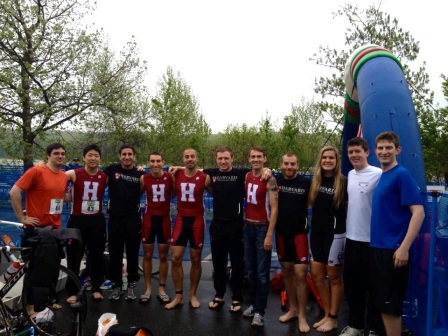 The members who raced! 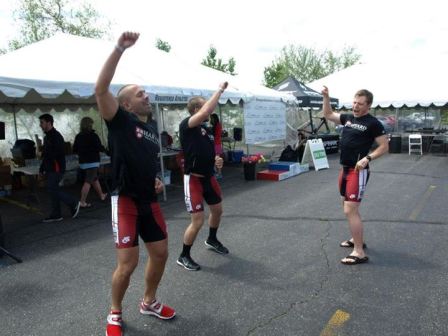 “Call Me Maybe” after the race

Are you planning on joining a triathlon team in college? Are you a member of one now?

One thought on “Collegiate Triathlon Teams: Get Involved! (you know you want to)”