At the Ironman Lake Placid athlete dinner, thousands of athletes sat in the Lake Placid Olympic arena — anxious for their upcoming 140.6.

As the lights dimmed and one of the motivational videos began to play, I was struck by one of the quotes at the beginning of the clip.

“You can quit. But no one will care and you’ll always know.”

The worst thing about giving up isn’t the explaining — coming up with excuses or making things that happened in the race seem worse than they actually were — because the comments from others eventually end.

But you always remember.

That’s why you have to push. Because as the saying goes, pain is temporary. Quitting really does last forever. 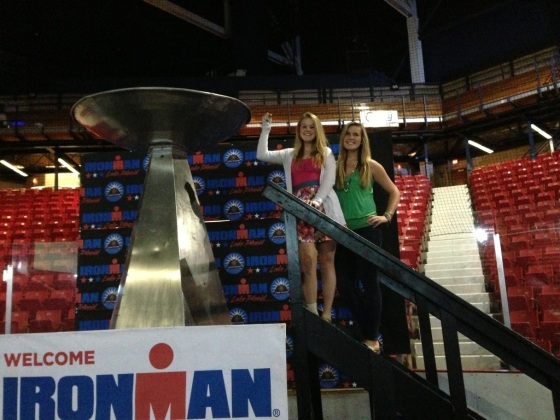 The Olympic Torch at the IMLP Athlete Dinner – inspiration to keep going!

Have you ever come close to quitting a race? What kept you going?