The West Point Triathlon was my last summer race before heading into the fall racing season. I wore my Harvard jersey alongside many of the West Point athletes {both teams are in the NECTC – New England Collegiate Triathlon Conference. Stay tuned for a post on the NECTC tomorrow, as well as more features during the fall season}.

Camp Buckner – site of the race

The race took place at Camp Buckner, about 30 minutes from my house. My cousins had car trouble and arrived less than five minutes before transition closed, so my dad and I helped set up the other 5 Beggs’ transition areas quickly! 7 Beggs total completed the West Point Tri this year — missing a few! 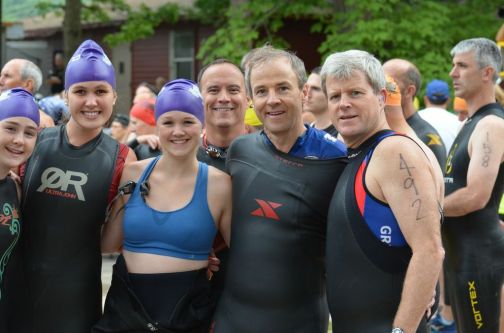 Before the swim start… rockin’ the cone head look! 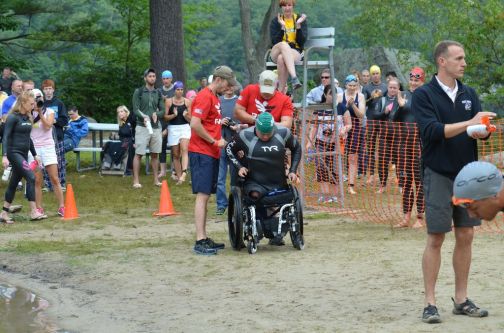 Team RWB was represented quite a bit at the race.

Coming out of the water 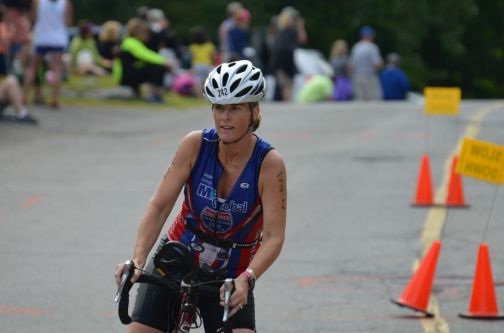 My aunt Leah on the bike! 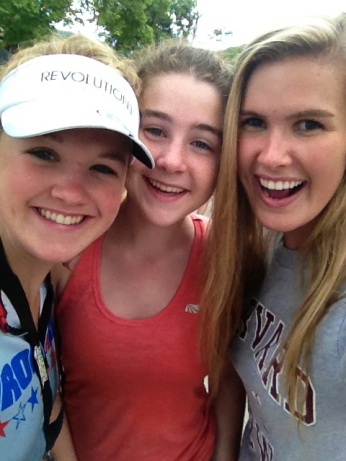 After the race! #selfies

The 4 Begg girls that raced after the finish! 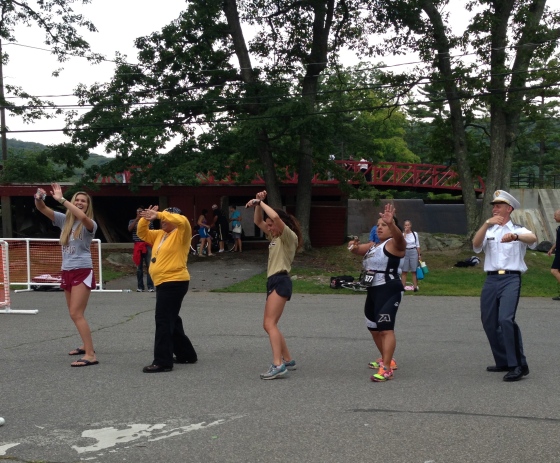 Dancing after the race (I was terrible)

The West Point Tri is always a favorite for me, since I did my very first triathlon there in 2005. I’m excited to race again there next year again with my family! It’s always a nice way to wrap up the summer racing season.

What was your favorite end of summer race?